From the land of ice and snow, comes yet another sensation. Crazy Island Festival is happy to present Nicholas Adams joining the lineup!

Nicholas Adams is a 21 year old DJ from Norway who is climbing the ladder to greatness. He took the “practice makes perfect” very seriously in life. Practicing day in and out year after year made him ready for the big stages. Now, we can enjoy his performances on a regular basis all over Norway. Being very passionate about what he does, he found inspiration in many great names of the industry, but also from own life.

Today, we can find him in a studio on a regular basis. Producing and making new music every day is the next chapter in his life, and he’s only 21! There are no shortages in his schedule, seeing how the audience can enjoy his music at least twice per week on a regular basis. He has played in some of the largest clubs in Norway, like Nox, Sirkus and K10 in Oslo. He is also a resident DJ in Bart Hemsedal, for two seasons now, which is one of the largest ski resorts in Norway.

As far as the festival life is concerned, Nicholas Adams has quite a lot of international experience already. He played on Arsenale Di Venice in Italy and Life is a Beachparty in Greece. While supporting Armin Van Buuren he played Orchid Calling in Macedonia, in front of 15.000 people. We could also see him light the atmosphere up in Sweden and Turkey. That being said, we thin k this is prime time for him to fire all of you up on the Crazy Stage on Crazy Island Festival 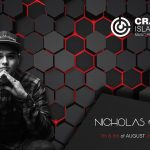 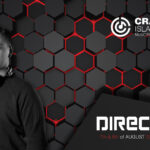 Crazy Island Festival is postponed for 2022.! 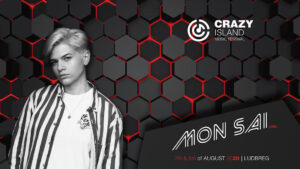 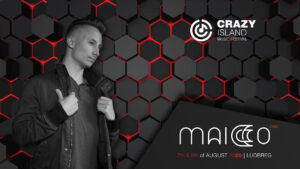